Meet the experienced and friendly doctors and staff who make Webb Eyecare the leading provider of vision care products and services in Scottsbluff, Alliance and Bridgeport.

Doctor of Optometry
Dr. Webb received his Bachelor’s in Science from the University of Nebraska-Lincoln in 1996. He then went on to receive his Doctor of Optometry degree from the Indiana University in 2000. Dr. Webb practiced for several years in Lincoln, NE and Columbus, OH before opening Webb Eyecare in 2006.

Dr. Webb lives in Scottsbluff with his wife, Sami, and 2 children Abbie and Jhett. His areas of interest include treatment of ocular disease, pediatric vision care and contact lenses.

Doctor of Optometry
Dr. Hubbard is a native of western Nebraska. She graduated from Scottsbluff High School in 2007 and from the University of Nebraska in 2011. Dr. Hubbard then went on to graduate 2nd in her Optometry school class at Midwestern University in Glendale, AZ in May 2015. 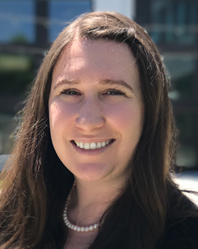 Doctor of Optometry
Dr. Reinard grew up in Longmont, Colorado. She graduated from the University of Wyoming in 2012 with a Bachelors of Science in Physiology. She attended the Arizona College of Optometry in Glendale, AZ and graduated in June of 2017. She was awarded the Good-Lite Award of Pediatric Excellence after completion of her externships.

Dr. Reinard and her husband Richard live in Scottsbluff. She will be seeing patients at both the Scottsbluff and Alliance locations.